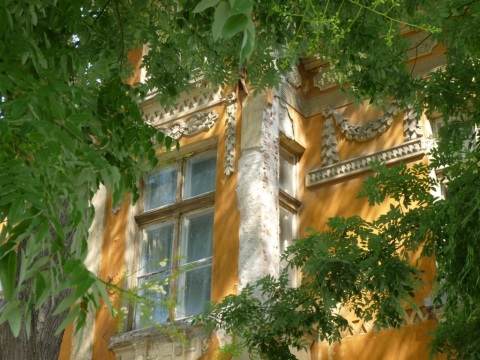 After a day’s cycling, the moment of arriving somewhere to me is always something of a celebration. I look for a suitable hotel, but I usually just fall for the first with a room available. Today I was so tired I gave in to the cascade of words that the nephew of the owner of Hotel Ninni in Babaeski (sorry, I didn’t invent these names) flooded me with. He lives in Pratteln, Switzerland, when he is not buzzing around selling leather, textiles and golf equipment. He tries very hard to peddle his uncle’s slightly shabby place as a boutique hotel. Ok, there’s a dusty plastic pot with plastic sunflowers, the crop of the region, on a table, but that’s it for the boutique bit, or perhaps we should count the mould in the bathroom and the lack of a cover sheet too? He wants almost twice as much for the room as the hotel last night at Svilengrad, which was modern, clean and nicely decorated. But the Turkish-Swiss man knows why: the Bulgarians are interesting, he says cautiously, and then: they’re really crooks and make their income by selling women and doing other shady mafia business, that’s why the hotel prices are low there.
Anyway, the pleasures of arriving are not to be found in these details, but in locking the bike away for the night, the cool shower and an hour of relaxation or a proper nap on the bed, then a beer on the town square and a leisurely dinner, with or without a chat, and then some crowd watching.
The best arrival I’ve had on this trip, though, was visiting my friend Keith in Plovdiv. It was worth the detour of about 260 km through the Rhodopi mountains and remote Bulgaria. The welcome was so warm and full of comprehension that I was tempted to stay for a bit longer. But then my momentum might have been broken and I might not have climbed onto that saddle again.
Keith from Oldham has mostly lived in Plovdiv over the last 35 years or so. He’s married to a Bulgarian pediatrician, and they’ve just had their second child. They share their time between a small flat in the city and a lovely datscha in the hills, a little paradise for summer and al fresco living. We had wonderful trout from the garden grill, listened to the creek bubbling and, with Dara, the five-year old, watched the first fireflies of the season when it got dark.
I also poked my nose into new small enterprise in Bulgaria, an English day school which Keith founded with a partner, who in her main occupation runs some web-based marketing activities for a small chain of hotels based in London, where she used to work as a manager. Her parents in turn have acquired some modest wealth by growing mushrooms and later spores for other mushroom growers. The father says he now only works one hour a day and encourages me to have some of his whisky and shopska salad. I learn the hard way that hereabouts, if you clear your plate or draw your glass, it’s meant as a wish for more.
Plovdiv is generous in other ways too: the layers of different cultural and archaeological sites are piled high, and at the end of the main pedestrian shopping street you can look down on the end of an excavated Roman stadium that sits back to back with a pretty mosque, and all of this is topped by an old quarter with quaint revival period houses and, at the top of one of the outcrops that give Plovdiv its characteristic profile, an ensemble of Thracian ruins from 5000 BC which to some makes Plovdiv the oldest city of Europe. It will be able to prove its mettle if and when it becomes the European City of Culture in 2019. I’ll remember the town then as a haven for a tired cyclist.